TOURISM IN SPAIN: NUMBERS IN THE LAST 3 YEARS

TOURISM IN SPAIN: NUMBERS IN THE LAST 3 YEARS 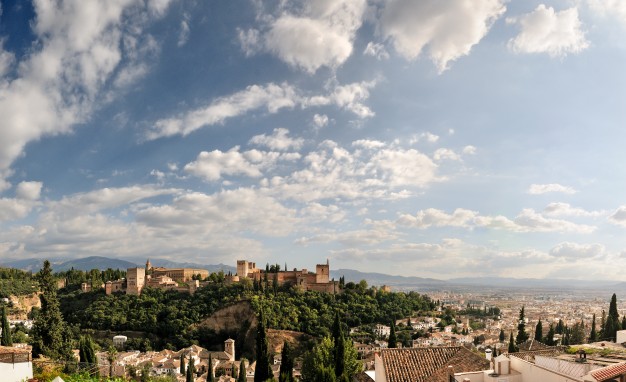 The attractions that Spain has to offer to its visitors are many, thanks to this; the country is one of the world’s leading tourist destinations and tourism a very important sector that provides economic growth and development to this European country.

Tourism in Spain is the 3rd major contributor to national economic life after the industrial and the business/banking sectors. The country has been a popular destination for visiting during all kind of holidays and the majority of its tourists come from the United Kingdom, France, Germany, Italy, the Benelux, and the United States, among others.

Travel and tourism are important activities for the Spanish economy as they have a major impact on the country’s economic growth and employment.

According to official statistics, in 2016, the tourism sector made the biggest increase in seven years. A total contribution of around 159 billion euros to the gross domestic product (GDP) in Spain and added a total of around 2.65 million jobs. In the same year, Spain was chosen as a travel destination by 75.3 million visitors, just behind the US with 75.6 million and France with 82.6 million visitors, according to the UN World Tourism Organization.

In the following year, as it was expected, numbers remained positive. Spain received a record-breaking number of tourists with 82.2 million people visiting the country of which 42 million came from its main tourist markets: the United Kingdom, Germany and France. Over this period, the contribution of the travel and tourism industry to GDP reached 173 billion euros and it generated 313 million jobs, or 9.9% of total employment.

On the other hand, a report from the Spanish Institute of Tourism (Turespaña) predicted that these markets would not experience a big growth in 2018 as in 2016 and 2017 and that the final outcome would depend on Spain’s biggest tourist markets.

In 2018, the number of foreign tourist arrivals in Spain increased 9.7 percent year-on-year to 4.37 million in December 2018. According to figures published by the Spanish Minister of Industry, Commerce and Tourism, Reyes Maroto, Spain received 82.6 million foreign tourists. However, as it was predicted, the growth in visitor numbers was considerably lower than the 8.9% growth that was reached in the previous year and the high growth seen prior to that in 2016. Canarias was the main destination followed by Cataluña and Andalucía and tourism contributed 11% of Spain’s GDP reaching 117.9 billion euros during this year.

The number of foreign tourists visiting Spain in 2018 fell for the first time in nearly a decade mainly because the tourism markets in Turkey and North Africa recovered strength. Tourists returned to cheaper rival sunshine destinations like Tunisia and Turkey which has been benefited from the fall in the Turkish lira.

The Prime Minister Reyes Maroto also mentioned that Spain has to look at other strategies to attract tourist revenue and increase the numbers.

According to Exceltur, a tourism group that brings together about thirty Spanish tourism companies and agencies, “it is necessary to review tourism management strategies for Spanish companies and destinations” since the reestablishment from current numbers will be difficult in 2019. The recovery of competing destinations, the economic slowdown of traditional markets, and the mystery that surrounds the so-called ‘Brexit’ are among the main reasons that will have an impact on the tourism industry, and will cause it to maintain its diminished growth for 2019 that, according to forecasts, will reach around 1.7% and which will open the path towards normalization of the Spanish tourism sector.